Unity Church of Truth – 109 Years of Service in Toronto!

What makes Unity distinctive in the New Thought Movement?

1. Founded by a husband and wife team (Charles and Myrtle Fillmore in 1889) the only couple that were not clergy to begin a spiritual movement. They did not break off from any organized religious body.  Unity was truly a ‘grass roots’ spiritual movement.

7. The Silence – A Unity method of ‘being still’ to experience the presence of God

8. Unity – is a Complete and Balanced Teaching embracing each individual as both human and divine

9. Truth Students – an emphasis on self-awareness

The New Thought movement has its deepest roots with a man who was very familiar with the workings of the human mind.  In the beginning, he was not a religious man at all. By trade, he was an inventor and a clock-maker who had some serious bouts with illness.  After witnessing a demonstration of hypnosis in the 1830’s, he studied the techniques and learned to apply them.  With the success of his own healing it led him to a understanding of how he could direct his own mind in ways that he had never known.  His name was Phinneas Quimby.  Quimby at one point was in a weakened state with Tuberculosis which in that time period was deadly. However, he was not a person to qive up. The key about him is that he developed a method of spiritual healing and was successful with his healing. When word got out about his recovery, people began coming to him for help.  He was extremely successful attributing the success to God realizing he was simply the instrument for God’s healing work.  Six of his many “patients” came to him and asked him to teach them his philosophy and methods.  Most of these students were from the Boston, Mass area.  All of his students became involved in spreading what they had learned from Quimby.  Another, Warren Felt Evans became a prolific author writing about the method and experiences.  Two others, a husband and wife, chronicled and preserved the history of their experiences and their son became a prolific author writing about Quimby’s method. Mary Baker Eddy (who about 10 years after Quimby’s death founded Christian Science) was the only student of Quimby to found a religious movement.

She was extremely effective as a teacher and minister. She wrote about and taught her variation of Quimby’s method in a religious construct. It was her students who had themselves experienced personal healings with her.  They eventually left because of her rigidity and domineering personality to establish their own work independent from Christian Science.  The most notable among them was Emma Curtis Hopkins who went to Chicago and established a school to train teachers of these methods.  The number of her students was in the thousands and gradually some of them went out on their own to establish again independent variations of Hopkin’s method, while adding their own spiritualizations to it. Each of this group gave different names to their work.  Some called it Divine Science, Religious Science, Home of Truth, to name a few.  When a woman, named Myrtle Fillmore (Unity’s co-founder) who had wrestled her entire life with low-grade bouts of Tuberculosis was finally diagnosed as terminal in her early 30’s, she began to seek out any form of help since no one in the medical arena had any answers, or, a cure.  Her husband, Charles, transported her to every lecturer who spoke about healing in the Kansas City MO area.  She heard one tent teacher in speaking to an entire audience say these words that resonated deeply with Myrtle, “You are a child of God and you do not inherit sickness.”  Since many of her relatives also had bouts of Tuberculosis, she always had believed that she had inherited this from her family.  Upon hearing the travelling teacher’s words “You are a child of God and you do not inherit sickness” she immediately claimed the idea that she would inherit good health from God and not sickness from her family.

Charles and Myrtle Fillmore got in contact with the organization who sponsored the traveling teacher and found out that he was from Emma Curtis Hopkins seminary.  They enrolled in a correspondence program initially and later went in person to meet with Emma, enrolled in her programs and completed the studies.  After this point in time, and following Myrtle’s complete recovery, Charles and Myrtle established a teaching centre in the heart of Kansas City and called it Unity and began healing practices and writing while remaining very close friends with Emma Curtis Hopkins.  Hopkins regarded the structure and teachings of Charles and Myrtle’s work to be her ideal of what she wanted to see in New Thought.  In her opinion, Unity had a balance of the spiritual and human elements needed to be a complete teaching.

The most distinctive feature of the Unity movement is that its teaching is considered Practical Christianity meaning that one is taught how to apply spiritual Truth to every aspect of their life and experiences, regardless of needs, wants and even fears.  Unity teachings do not rest on dogma, ritual, rigid doctrines or compliance.  Each Truth student is on their own individual spiritual journey and is respected and allowed to go at his/her own pace. A Truth student is given tools that may assist them in spiritual development on deeper levels. (e.g. Self-awareness techniques) Every class and every sermon focusses on being spiritually minded in a material world.  Truth students are taught to put God first in their lives.

Myrtle Fillmore’s healing was a result of her establishing both an intimate and “Harmonious” relationship with God and a loving relationship with her physical body.  She treated her body as though it was a toddler and spoke to it in loving ways and often sang to it beautiful and wonderful words of praise and love and asked her body to forgive her for her impatience with it, when it was weakened and sick.  Myrtle devoted time daily to pray and then would enter into The Silence. She made a practice of thanking God for blessings in her life even before they manifested.  When Myrtle received gifts from grateful followers and friends she appreciated the gifts but was known to share them with her co-workers. The first organizational group in Unity was a prayer department that Myrtle developed to receive letters and to write responses to them in order to pray with people.  If the prayer department Silent Unity would regularly receive prayer requests for any number of needs. Myrtle and the Silent Unity staff provided instructions in how to pray and how to think positively about each circumstance. Seeing God as their Source would be part of the underlying message in the prayer request response. Since the Unity movement’s foundation is based on Prayer, both Myrtle and Charles prayed with and for, whoever approached them for help.  In recognizing and teaching the importance of developing one’s personal relationship with God, they developed a term and practice called going into The Silence.  The Silence is a state of total surrender to the Love and Goodness of God.  To surrender means to completely “let go and let God!”.

Many people wanted Charles and Myrtle to teach them to help others as well.  They began by ordaining approximately a dozen people and for a time Charles didn’t wanted any churches per se and then he changed his mind and churches began forming all over the world. In the early days of Unity, the majority of Unity ordained ministers were female.

Unity is distinct today in that Truth Principles and Prayer continue to be emphasized, taught and supported.

(Just as a commentary, most of Emma Curtis Hopkins students were also female.  Women tended to take this on as a profession and became very strong in their communities.  Many of the female ministers were helped by their husbands to build or purchase a church facility.) 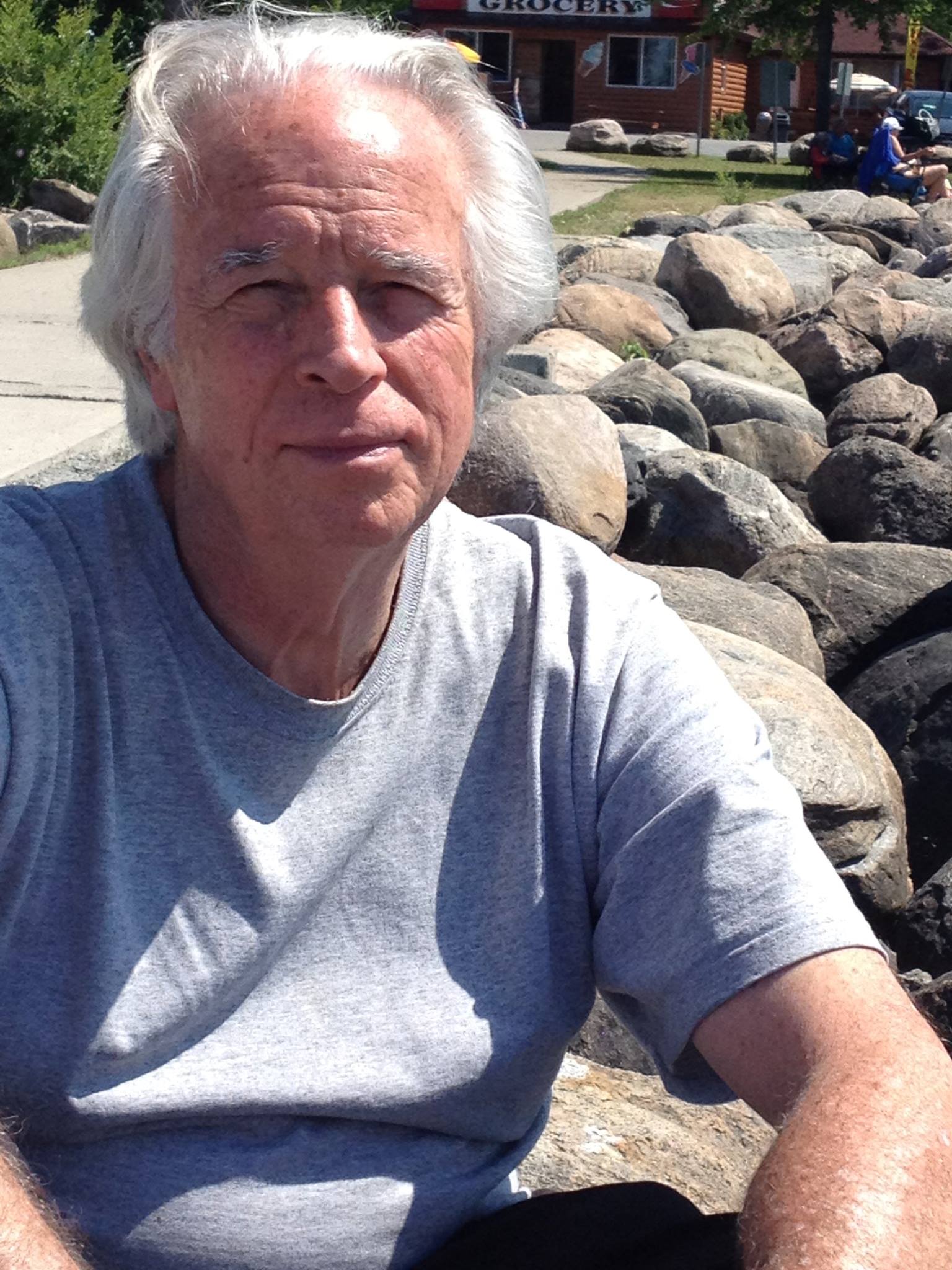 By The Reverend James Sherman

People believe they’re awake and conscious because they’re busy doing things in their daily lives. They sincerely believe that they have a life and that they are fully engaged in it. But most are doing little more than going through the motions. Outside of paying the bills and securing a pension, they are just moving along the same path: they think the same things, say the same things, believe the same things and do the same things. They do so even if they have habits of smiling and acting cheerful, while boredom, frustration, despair and fear lie just beneath the surface.

“Awakening” is sometimes used to describe the experience of seeing yourself in a new light, realizing that “you” have been living in a deep, deep sleep. The terms sleeping and awakening are apt, easy-to-relate-to metaphors.

Once your soul awakes, you’ve begun your journey. You begin to seek understanding. You recognize wisdom. You discover books and ideas that were of no interest to you when you were fast asleep. You soon realize that the new life you desire requires self-change. The grip of old habits needs loosening.

To renounce is to disclaim and to say “no” to habits of thought and feeling that result in unnecessary suffering. Gossip, resentment and jealousy make us suffer needlessly. Excessive criticism, toward others or self, produces suffering. Do you have any patterns of behaviour that need to be released? Habits of sarcasm and pessimism generate misery. Are you ready to renounce them?

Personal house-cleaning is important spiritual work. Say “no” to misery-making outlooks, attitudes and actions. You are on your spiritual journey. It’s time to toss out the things that weigh you down.

History of African Americans in Unity

“Rev. Mosley remembered that Rev. Jim Sherman, a board member of the Association of Unity Churches, liked her program very much. She called and went to see him in Canada. Together with Rev. Ed Rabel, Rev. Mosley and Rev. Sherman spent the day discussing her program and the construction of her proposal. Upon returning to Detroit, she followed the guidance of Holy Spirit and designed the program. She clarified what she meant about “educating black people in Unity.”

History of Kitchener – Unity and reference to our minister Rev. James Sherman

“Under the tutelage of Unity minister James Sherman, we reevaluated our position and applied to become a Unity church. At that time, there were 116 people on the group’s mailing list. The Association of Unity churches approved our bylaws July 24th, 1977. Ronel Sinstead left to attend ministerial school at Unity School of Practical Christianity at Unity Village Missouri on the outskirts of Kansas City. Our Steering committee hired Unity ministers John and Jo Harris August 28th, 1977. Sponsored by Rev. Sherman and Unity Centre of Truth, Toronto, the group known as Unity Centre of Practical Christianity became an official Unity study group on December 15, 1977.”